I know it’s a wine that very few of us can afford, but in my heyday of wine collecting and investments — that’s another story — I have been fortunate enough to have Chateau d’Yquem in my cellars. Mainly as a restaurateur, which in itself found it’s way into my home and then eventually into my greedy little tummy (not so little these days!) It is the most wonderful wine. In fact Robert Parker, he of points and praises — how a lawyer became one of the world’s greatest influences on the wine industry, I will never know!! — claims “there is no other wine in the world like it” and I’m afraid that cannot be argued in my opinion. 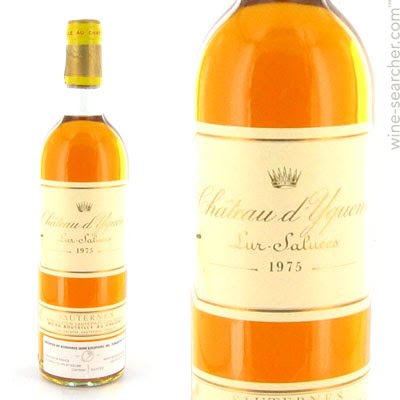 I have drunk it with strawberries (of course), Chocolate, Foie Gras and Blue Cheese: believe me it goes! Among the vintages I was fortunate to have, were the 1975/1976. I wish I had a bottle now. Not just because they fetch anything between 450€ and 850€, but mainly to see how they have fared bearing in mind they can hold for up to a 100 years. According to current tastings they are being marked at 95/100

Regretfully I left mine with a ‘friend’ when I came to Spain and he — along with many other rare and expensive wines — sold them with his business.

The latest vintage has been released; the 2017 and while I would hold on to it for some time — if I had any of it — it drinks well now. One of the world’s wine aficionados, James Suckling rated it 99 points and said of it;

“What a sexy and moreish wine that makes you want to drink the whole bottle. Flavours and aromas of cooked apples, grilled pineapple, pie crust, apricots, dried mushrooms and flan.:Full-bodied, yet tight and reserved; Very long and powerful. Lasts for minutes, another great wine.”

It will cost you around 3300€ a case. So if any of you want to buy some, let me know — and I’ll come around and drink it with you. I’ll bring the strawberries!