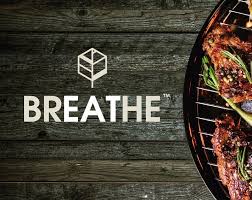 Last week saw the opening of Marbella’s latest eatery; after a few technical problems, BREATHE opened its doors to the public. As we reported at the beginning of September this is designed to be fine dining in a natural environment. Sadly when we approached the management of the operation to supply us with a press pack, menus and information they declined adding that they were being particularly choosy with whom they were placing publicity. Sorry that they didn’t consider the Coasts only Foodie On Line Magazine suitable Having not received an invitation from them, I am writing ‘blind’. However I have had some friends who have already ventured through its illustrious doors. Unfortunately a couple were not over impressed, but one whose opinion I trust told me that she went for lunch soon after they opened and enjoyed it very much although she did not tell me what she had to eat. She praised the interior design and was disappointed not to be able to venture out to the gardens as they had not yet opened. There is an attractive Champagne Bar serving raw food and she was informed that they are opening an organic bakery serving gluten free products. There is three hours free parking in their underground car park providing you eat in the restaurant.

There are reviews on Google that are somewhat misleading as they seem to have been written three months ago, before the place opened.

BREATHE is situated opposite La Sala on the roundabout at Nueva Andalucia/Puerto Banus. The web site is www.breathe.life but at the moment is void of any information which means that you cannot see what they are actually offering. Their phone number is 952 036 494