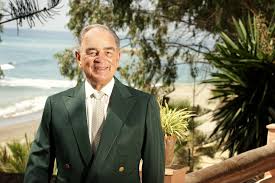 Rudolf Graf von Schönburg, popularly known as Count Rudi, is one of the key figures in the history of Marbella Club Hotel and the town of Marbella. Born on 25 September 1932 in the Wechselburg Castle in Germany, he spent his youth at his family’s property in Saxony until May 1945, when he was forced to take refuge with his family in the western part of the country due to harassment from Russian troops. After finishing college, Count Rudi started his higher education in hotel management in 1953 at the University of Hotel Management in Lausanne (Switzerland), where he obtained his qualification as Hotel Director awarded by the Swiss Society of Hotel Management.

During his education, he gained experience in the most prestigious luxury hotels in Switzerland and Germany, until Prince Alfonso of Hohenlohe took him on as assistant manager at the recently opened Marbella Club Hotel in 1956. After spending two years in Mexico, Count Rudi returned to Marbella Club Hotel in 1961 to assume the post of General Manager, a post he occupied until 1983. In 1971, he married Princess Maria Luisa of Prussia, great-granddaughter of the last Kaiser of Germany Wilhelm II , and cousin of the emeritus Queen Sofia. Their marriage has produced two children, Countess Sophie and Count Federico. In 1993, he returned to Marbella Club as board member of the company.

I had the pleasure of working with him for a short time in the mid ‘90s. He has an aura about him, yet he is a very soft spoken and charismatic man.

He, as you would expect, is full of stories but the achievements of the hotel is his greatest satisfaction. He says he feels satisfied with a job well done, grateful for a sense of having worked on something as significant as Marbella Club Hotel. One of his most satisfying memories was receiving the  award from his Majesty the emeritus King Juan Carlos I of Spain and the Gran Cruz award from the Order of Isabella the Catholic for the hotel’s efforts in promoting Spanish tourism and the strong relationships Spain has with its European neighbours and other international countries.

Of the people he most admires is the Queen of England, Queen Elizabeth the second. The qualities he looks for in his fellow man, “A sense of responsibility, positivity and courage.” And qualities in a woman? “Loyalty, class and tenderness” obviously something that he sees in his beautiful wife of nearly 50 years Princess Maria Luis. A staunch catholic his motto was always to be a good one and whilst he is not afraid of the final curtain he hopes to say goodbye without suffering but is concerned he may pass without having a final confession. 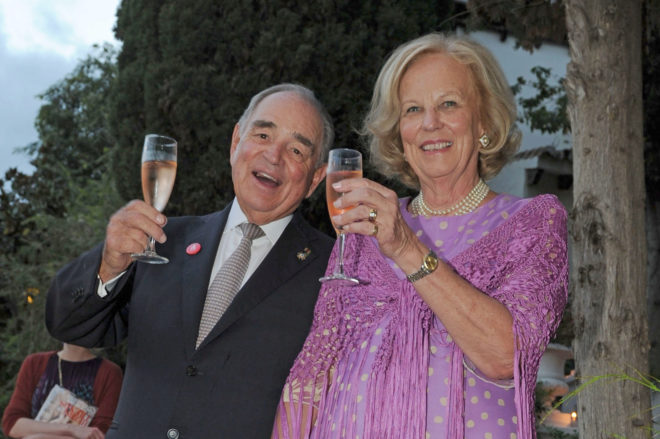 He’s still a way away from that as he has very much to offer.