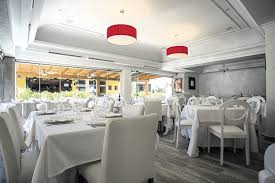 Last year one of Guadalmina’s iconic restaurants ‘Victors’ was sold to a fish restaurateur in Estepona. After an extensive refit it re-opened as Pescador de Guadalmina. At the invitation of some good friends who are pescaterians we had lunch there last weekend. To me it is like walking back in time to the ‘60s where all white table cloths and serviettes mix with white walls and waiters in white shirts. No menu so we use our phones (make sure they leave the card as if you want to re-look you won’t be able to when your phone locks!) The menu is ‘60s as well (except the prices!) I asked for Langostinos a la Plancha but was told they did not have them; just white prawns or red prawns. The head waiter was a bit miffed when I had the cheek  to ask the price; at 25€ and 110€ respectively I was glad I asked especially as I wasn’t paying. I asked if I could have the Scallops just plain grilled rather than in a spinach ‘sauce’. No, obviously already prepared. I ordered the Pil-Pil which was OK and the 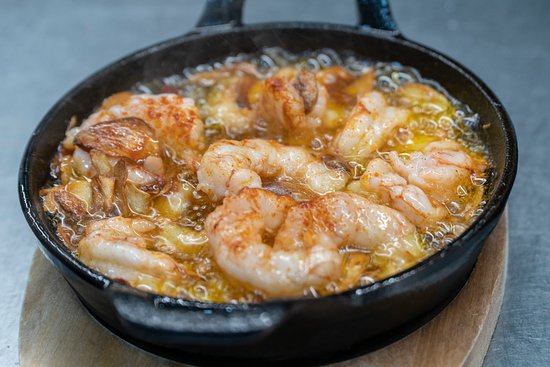 guys had the Scallops in Spinach and Croquetas which were eaten with little comment. Sea Bass, only for two people (45€ – not bad) but no one wanted to share. My friend ordered John Dory and his lady a Brochette. They had Turbot as a special — King of Fish and one of my favourites! — and at 25€ technically good value. “Can I have it as a tranche (a piece cut off the fish with the bone still in) just plain grilled?” No I can have it as a fillet. When it came the bone had been ripped out of the fish, it was the size of a coffee saucer, and raw at the bone — and I love my fish undercooked, but that……………Anyway after three mouthfuls it was gone anyway. We accepted the offer of New Potatoes and a selection of vegetables PROVIDING they were not a stew. We ended up with Patatas a la Pauvre and sloppy vegetables. Yet the place was full’sh, true with Spanish but I would have thought in this day and age everyone would be more discerning. Obviously not!