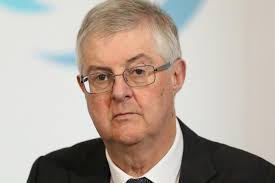 Hospitality in Wales closed down last weekend (19 the December) instead of from Christmas Day as initially planned.

Rules allowing two households to come together to form a Christmas bubble over a five-day period in Wales will now also apply on Christmas Day only.

First minister Mark Drakeford said: “Our economy will recover. Christmas will come again. But lives which are lost,  are lost forever.” While I agree with a lot of what he says about lives, businesses are lives too and many depend on them for their lives. The Hospitality Industry spent millions on adapting their premises to comply with requirements. Totally wasted to an already crippling industry.

In Scotland, a strict travel ban will be in place between Scotland and the rest of the UK throughout the festive period, and household mixing (a maximum of eight people from three households) will only be permitted on Christmas Day.

And hospitality venues will have to close from one minute past midnight on Boxing Day morning for three weeks as mainland Scotland, not including the island communities, enters level four.

Sturgeon said: “Only use this flexibility if you really, truly need to… I know how harsh this sounds. I know how unfair it is. But this virus is unfair.”

Boris Johnson announced that London and the areas of south-east and east of England are now in a new Tier 4, restrictions for which will be broadly equivalent to national restrictions in place in November. Residents in those areas must stay at home apart from limited exemptions, should not leave Tier 4 areas, or stay elsewhere overnight. In addition, they will only be able to meet one person from another household in an outdoor public space.

Although it was previously announced restrictions would be relaxed during the five-day Christmas period, those living in Tier 4 areas should not mix with anyone outside of their own household at Christmas, although support bubbles will remain in place. And instead of three households being able to meet for Christmas in England for the full period, this will now be limited to Christmas Day only.