Apart from popping in for a drink some weeks ago, I have to admit not having been to the once famous eatery since Dani Garcia moved on from there some many moons ago. Those who may remember it in it’s heyday will recall that if you didn’t join the queue at 13.30 h you would have to wait ages for a seat. The food was spectacular as one would expect from one of Spain’s master chefs. The tapas were creative and delicious. Who can forget the Oxtail Burger, a dish that has been copied many times over but not always successfully. It wasn’t cheap in those days, but it was value for money. I am afraid I can’t say the same for this incarnation. Firstly we were one of very few tables in at 14.30 h on a Wednesday. The wine as excellent, it should be I was lunching with one of the restaurants wine suppliers and it was her Verdejo. She recommended the Russian Salad which I have

to say was very pleasant and certainly better than the ‘norm’. The Carpaccio of Presa Iberica 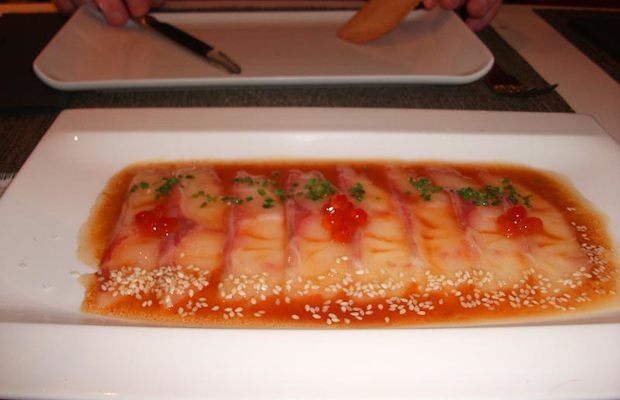 was good, but the Steak Tartare was a disaster. Regular readers will know that one of my favourite dishes is this classic (see recipes). I am not going to say it was inedible, but Steak Tartare it was not. The only similarity was that the meat was chopped as it should have been. But the flavours bore more resemblance to an uncooked chines/Japanese/Indian burger, such was the mixtures of herbs and spice — and at 15€ for about 50 gms of meat, not the best buy of the day. Having said this, the manager accepted our constructive criticism, which in my case was “Just call it something other than Steak Tartare!” He offered us desserts which I reluctantly accepted as I noticed a Chocolate Fudge cake which turned out to be far too much, especially for an old boy that tries to avoid figure bashing carbs! My colleague had a banana dish which looked strange, but she said was good. I didn’t see the bill, but I saw more than a 100€ note on the plate! The website while excellent is not up to date and I do wish restaurateurs would put their prices on their menus and wine lists! It reminds me of that classic quip of the 80’s, “If you have to know the price, you can’t afford to eat here!!” I prefer the other well known phrase and saying “Caveat Emptor” (Let the buyer beware)

It also boasts a large Mixology menu and a Sushi/Sashimi bar. 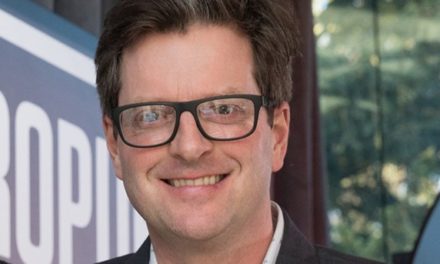 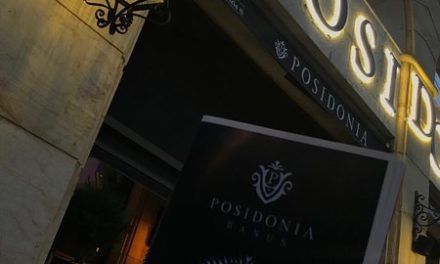 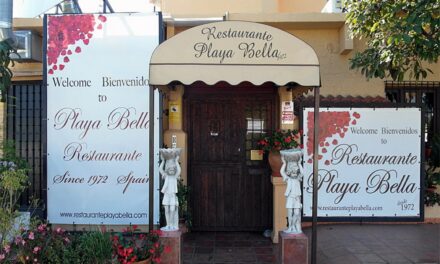